Once upon a time, back in the days of the Ptolemaic understanding of the universe, astronomers had to account for what they saw as irregular motions of the sun, moon, and observable planets. Most notably, there was a phenomenon known as retrograde motion, when a planet would seem to move faster than the fixed stars and in a direction opposite its usual motion. Ultimately, Kepler and Copernicus put paid to this with the ideas of elliptical orbits (as opposed to the previously assumed circular ones) and a heliocentric model of the solar system. But until then, the astronomers had to find a way to make their (clever, but) incorrect model align with what they saw.

To do this, they came up with the hypothesis of epicycles. The idea was that in the course of their circular orbits, the planets would occasionally loop in their orbit, with an ultimate path not unlike the designs produced by the old children’s toy known as the Spirograph (which seemed to the younger me to be something that drew pictures of a Vice-President, but that’s not important at the moment). 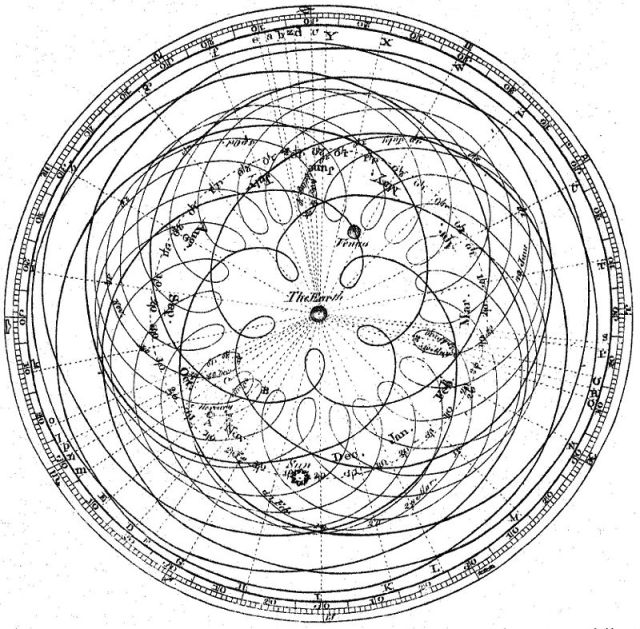 This allowed the early astronomers to “save appearances” — that is to avoid the whole issue of “Who do you trust? Me or your lying eyes?” In its own way, it was a beautiful theory — but it wasn’t true, as we later learned thanks to folks like the aforementioned Kepler and Copernicus, along with Galileo and Newton. And one of the reasons we recognized the truth of the later model was that it provided a simpler explanation of what we saw. It accounted for what it needed to account for without the complications of epicycles.

I can’t help but wonder if there might be an analogy here. We have a system of government, and a lot of people seem to think it’s a mess. However, the vast majority of the solutions I hear proposed seem to include making that same screwed-up government bigger, more complicated, and more powerful. Might we simply be adding epicycles to an unsound system, instead of reconsidering our basic assumptions?