“The time has come,” the Mondo said, “to talk of many things”: Potpourri

It’s another Saturday morning in Mondoville — Mrs. M is at the gym and the Spawn is upstairs asleep. As for me, I’ll scratch my blogging itch…

I’m continuing my more-or-less random tour of Michael Connelly’s Bosch novels, having finished The Last Coyote last night. It’s more-or-less random because when I’m at the used media store in Real City, I pick up the cheapest one or two of his books that I haven’t already read, which means that I’m reading them out of sequence. This in turn means that I run into occasional spoilers, but also that in some respects I can read each novel as a bit of a freestander.

As a reader, I like Connelly’s voice, the limited-3rd p.o.v. from inside Bosch’s head, and I like the subplots that revolve around the policies and politics of the LAPD. If I switch to my writer hat, I admire how Connelly has managed to use what would be a cliche in other hands (the obsessively driven loose cannon cop on the edge) as a means of combining the police procedural and private eye novel. He’s also a really solid plotter, giving good whodunit. (As much of the stuff I write isn’t so much whodunit as “Will they get away with it,” I admire that quite a lot.)

I think Last Coyote may actually be my favorite of the bunch so far, possibly because it seems like the one that most humanizes Bosch. In part this is because of the subject — Bosch investigates the cold case murder of his mother — and in part it’s because he spends some time in a psychiatrist’s office, so we have to get more into his personality. Next up — as in this afternoon — will be City of Bones. And no, I haven’t watched the show.

Speaking of detectives, I find myself amused by a new comic strip by writer Sam L. Edwards and artist Yves Tourigny. “Borkchito: Occult Doggo Detective” applies the tropes of the skeptical p.i. to the just-plain-weirdness of the doggo/pupper/doge forest of memes from the last few years. Doubtless a few years from now this will be utterly incomprehensible — it’s already bizarre, but right now, it makes me chuckle, and Tourigny’s woodcut-inspired art gives the whole business a suitable noirish feel.

I did a fair amount of walking this week, both on the treadmill and on the streets of Mondoville. Since I’m basically restarting from scratch, I went and looked at my experiences from last summer’s ambles. I’m pleased to note that I’m going faster and farther this time than I did at the equivalent point last year. On the downside, I developed a blister this week, which has burst and left me with a sore spot like a one-inch cut where the ball of my right foot meets the arch. Consequently, I’m taking the weekend off, in the hope that I heal up a bit.

As I said, I did some of my walking outdoors this week, in the form of an untimed 5K around the campus — it’s the route of the 5K I did last year at Homecoming, and it’s kind of convenient knowing there’s an actual measured course. It’s the longest walk I think I’ve done since then, and even though I finished it with a bit of blood in my sock (see above), I was proud to finish. Part of that was because I didn’t allow myself a choice. Instead of walking to the starting line on the far side of campus from my home, I drove over and parked in the stadium lot. This meant that after a certain point, if I wanted to drive back home, I had to finish the loop, which I did. Not quite Cortes scuttling his own ships, but it worked for me.

On the music front, the big news this week was the death of Chris Cornell, vocalist for Soundgarden, Audioslave, and Temple of the Dog. I was not a fan of any of those bands — or the early 90s grunge movement in general — but Mr. Cornell had a remarkable vocal range and a tone that reminded me in some ways of Three Dog Night’s Danny Hutton, which I think is a good thing. I saw Soundgarden when they opened for Danzig on the Lucifuge tour, and while I wasn’t dazzled, I liked the fact that they were willing to work with unusual time signatures and to openly show they had chops. Godspeed, Mr. Cornell, and may you find the peace that apparently eluded you when you were here.

Meanwhile, earlier this week, my friend Jerome Scott posted the cover of one of my favorite albums on the Book of Faces: 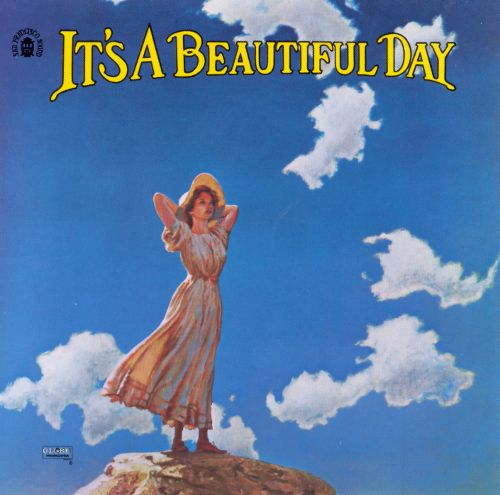 I was initially exposed to the album via occasional midnight plays on Cincinnati’s WEBN in the early 80s, when the station still maintained ties to its freeform FM roots — it’s now basically another facet of the Clear Channel Borg. The album was already out of print by then, and when it would run as the midnight album showcase once every year or two, the DJ would advise home tapers several days in advance. By the late 80s, I had chased down a vinyl copy on the San Francisco Sound label, which I would later discover was run by a fellow named Matthew Katz, who had signed IABD and Moby Grape, among others. Unfortunately, Katz’s relationships with these bands tended to turn litigious, which made the albums hard to find in many cases. Similarly, when CD copies of the album began to surface a few years ago, I learned that they tended to be either needle-drop recordings, prohibitively expensive imports, or sales that funded Katz, rather than the musicians. So I figured that was a hole in my CD collection that I might never patch.

However, when I saw Jerome’s post, I took a look over at Amazon, and discovered a new, remastered version came out on disc late last year. The reviews indicated that Katz was out of the picture and that the sound quality was excellent, and best of all, it was affordable. So it arrived in my mail yesterday, and I think I’ve listened to it 4 times in the last 24 hours. It’s still terrific — a fine example of San Francisco psych, while being better focused than a lot of that movement, which tended toward both maundering and meandering. And I’ll wrap this installment up with what may be my favorite track from the album, a dreamily lysergic waltz called “Girl with No Eyes.”