A Bad Week for Inspirations

A few minutes ago, I learned that one of my writing heroes, William Goldman, has died. He was 87 years old. 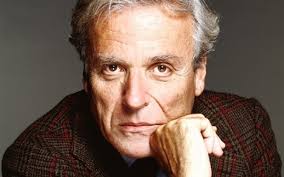 I first encountered Mr. Goldman’s work in 1975, when I was nine or ten. As I’ve mentioned on numerous occasions, my dad was a big reader of sf and fantasy, and he had a paperback of Princess Bride (which paperback currently sits on my shelves at home, a tangible part of my inheritance.) I thought the book looked interesting, but I noticed the teaser copy on the back cover included the words “son of a bitch,” and while the phrase was hardly unfamiliar, it gave me pause. So I showed the book to Dad, and asked if it would be OK if I read it. He said, “Sure. In fact, you might like it.”

That proved to be an understatement. I loved the book. In retrospect, I think it may have been my introduction to metafiction, with a fictive Goldman adding editorial commentary throughout “Simon Morgenstern’s” narrative, and with “Morgenstern’s” own digressions popping up here and there as well, with the fake Goldman reviewing those. But Morgenstern’s non-existent novel was the conceit that made the whole thing work, and it happened to be both a cracking good story and wildly funny. And that, of course, is the part that most folks remember from the book and the subsequent, widely adored movie (which Goldman also wrote, as he is one of the few writers who could write with equal genius both for page and screen.) But while I couldn’t entirely understand the idea that the book was also about a middle-aged “Goldman” who couldn’t connect with his (fictional) family, I was moved by more than the story of Buttercup, Westley, and the rest.

Then a few years later — 1980? — my dad suggested I read Marathon Man. I didn’t even notice at the time that it was from the same guy who wrote Princess Bride, but I sat on the sofa in our living room in Kentucky and read the entire novel in one sitting. A few years later, I had made it to college, connected some dots, and had enough money from my job at Sears to buy used books at a couple of shops in Boone and Kenton Counties. (I bought records, too, but books were even cheaper.)

So I started stacking up William Goldman novels — not just the thrillers that made him a living in the 70s, but his earlier work from the 50s and 60s, books like Temple of Gold, Boys and Girls Together (almost a dictionary example of the “Young People in the 60s in NYC” novel), and Your Turn to Curtsy, My Turn to Bow. And oh, by the way, did I know he wrote movies too? Really good movies? And he wrote about those movies and others on top of that?

Well, I didn’t before, but by the time I finished my M.A., I did — and Boys and Girls Together was one of the books I selected for my oral exam.

And along the way, I discovered that other writers (like Harlan Ellison, for example) also had great respect for his work, and that Spider Robinson had in fact done an entire Callahan’s story that was a sort of hommage to Goldman. (It’s the one where Jake’s guitar, “The Lady MacBeth”, is seemingly broken irreparably.)

And I slammed my way through the rest of his novels, and while there were some I liked better than others — Brothers, for example, will never be a favorite of mine — I invariably found things to savor, and somewhere underneath, in the part of me that needs to turn the world into stories, I think I was learning a great deal as well. By the time I did my Ph.D., I was able to tell my professors that “Princess Bride is terrific, but the next to last paragraph of Color of Light will blow off the top of your head.” And two years ago, when I appeared on a panel at NoirCon, I talked about Goldman from the standpoint of poetics, and his use of what I called “fiveshadowing” (because it is more explicit than foreshadowing) as a means of building suspense.

But as I put that presentation together, it occurred to me that I was 51, and Goldman was 85, and that his most recent novel had been written thirty years earlier, when he was 55. Brothers (1986) was his final novel. He continued to work for film and theater, and was generally recognized as one of the great screenwriters of our time. Certainly it was a living, and presumably a very comfortable one. But writing for the screen is a different sort of thing, I think, than writing fiction, and there’s a part of me — a large part — that regrets that he stopped writing novels when he was two years older than I am now.

But even as I typed that last sentence, I thought of a theme I found in much of Goldman’s work, and one which has marked some of my own fiction and I suspect much of my worldview. He sums it up in Princess Bride:

“Life is pain, Highness. Anyone who says differently is selling something.”

And while I don’t know that I’d go that far — because life is also beauty and love and other things as well — I may have recognized that from the first time I read his work, and saw those books as a way to (in Housman’s phrase) “train for ill and not for good.” But none of that would have mattered if the books weren’t damned good reads. And I’m glad I have them.

Goodbye, Mr. Goldman. Thanks for the stories.

Dad, husband, mostly free individual, medievalist, writer, and drummer. "Gladly wolde he lerne and gladly teche."
View all posts by profmondo →
This entry was posted in Culture, Family, Literature, Why I Do What I Do. Bookmark the permalink.