It’s supposed to be rainy tomorrow, but yesterday and today were pleasant enough, so I’ve walked to my office a couple of times. That’s where I am right now. I chatted briefly with the Dean — me at my desk, him in the hallway, and the custodian picked up a couple of things from my wastebasket — again, at a distance from me.

I spent Saturday grading, and I’ve been posting assignments, discussion questions, and such online. As I’ve told the kids, my approach to all this is the finest online pedagogy that the year 2000 had to offer, but I think we’ll muddle on through.

Our Spring Commencement ceremonies have been indefinitely postponed, as they have at numerous other schools. A friend of mine from undergrad who is an English prof at a small college in Kentucky offers her thoughts on the whole business.

I feel sorry for those kids as well, and in a weird way, I identify with them. Although I earned my B.A. in 1987, four years after finishing high school, my journey was somewhat atypical. After Transy 86ed me after my sophomore year, I attended Northern KY U for a semester full time, and part time for another. But about half of my undergrad credit (including my entire major) came via examination, thanks to what was first called the Regents External Degree program of the U of the State of NY (when my dad got his B.A. in 1983), then became Regents College (when I got mine in 1987), and is now called Excelsior College.

What this meant is that I didn’t go through commencement exercises with my friends at the different schools I attended on my way to the B.A. (Western KY and Northern KY Universities, along with Transylvania. In my case, the commencement was held in Albany, but I’ve never been there in my life. I was at least able to show my degree to my grandfather before he died in the summer of ’87 — I’m glad of that.  I did attend the commencement exercises for my M.A. and Ph.D conferrals, however, in Lexington and Muncie, respectively.

So I understand the feeling of missing out that comes with academic weirdness, and as I said, I feel sorry for the kids who are missing out one way or another. On the upside, at least they’ll recognize people at their class reunions one of these days.

In brighter news, the Spawn has a birthday tomorrow. She received her main present from us the other day — a projector that allows her to watch movies on a big screen (in this case, their living room wall), and seems quite pleased with it. Meanwhile, she and the Main Squeeze had a picnic the other day, in an otherwise deserted park near their apartment. 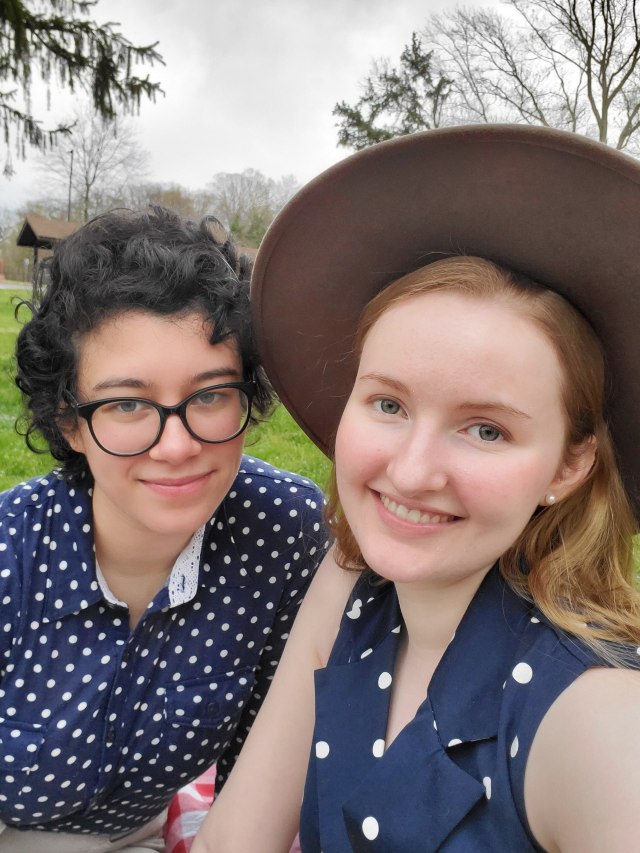 Terpville has decided to offer its students the choice of standard grading or a pass/fail mark for the term. We haven’t made a move in that direction yet in Mondoville, but we’re thinking about it. But anyway, she’s doing fine, and now well set for her home theater viewing. And for those of you who tweet, you can follow her at @MLE_Bay.

I’ve mentioned Network 77 in the past, but they’re continuing to do neat stuff. Their latest release is an all music video show. Some of the vids may be a bit on the nose, but there’s some cool stuff to be heard, and as always, the interstitials crack me up. I’m beginning to think the site should be required viewing for our communications majors.

So let’s wrap this installment up with a band I’ve played a lot here of late. From their 1967 album Part One, this is a nifty little jangler from the West Coast Pop Art Experimental Band, “Transparent Day.”